she is a great saint, do not compare me to him, I am a very ordinary idiot."

Let us know that Uma Bharti reached the Katju to campaign for the BJP candidate from Khajuraho, BJP candidate VD Sharma. Then he asked the questions about Sadhvi Pragya Thakur, whether Sadhvi Pragya is replacing Uma Bharti in Madhya Pradesh? In response to this question, Uma Bharti said, she is a great saint, do not compare me to him, I am a very ordinary idiot.” 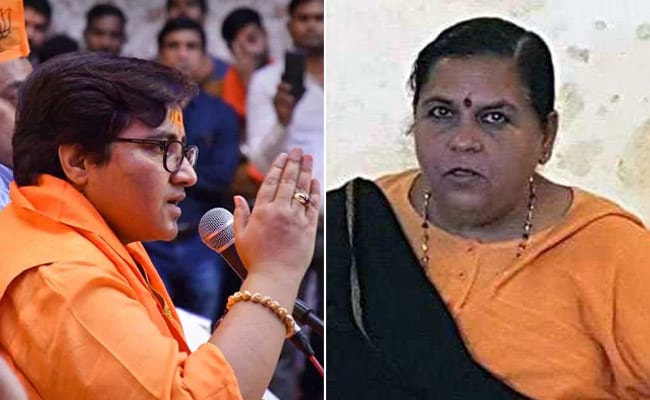 Explain that Uma Bharti is a minister in the center and is seen as a leader of BJP, who is herself a sadhini. That is why Uma Bharati is a big face in BJP. However, now Sadhvi Pradhan Thakur BJP’s firebrand has become the face of Hindutva. Who is accused of several bogus cases? In this case, the statement of Uma Bharati, given to Sadhvi Pragya, can also be seen as Tanj. This time Uma Bharti had expressed her desire to not contest elections.

Covid-19: Actress Pooja Bedi and her Fiancé got Corona Positive

Netflix Series ‘Squid Game’ Breaks all the Records, 111 Million Viewers in less than One Month