The Badshah of Bollywood has Set a Big Record on Twitter

King of Romance Shah Rukh has got 39 million followers on Twitter.

Shah Rukh Khan, who is famous with the title of Bollywood Badshah and King of Romance, has made a big record on Twitter. King Khan has become the most followed Indian actor. He has left behind popular stars like Amitabh Bachchan, Akshay Kumar and Salman Khan in this race.

Shah Rukh has 39 million followers on Twitter. There is no more Indian actor on Twitter than King Khan. Fans and fan clubs are celebrating this feat of King Khan and #SRK39Million is trending on Twitter right now. Shah Rukh Khan is one of the first superstars to appear on social media. Shah Rukh is also very active and often maintains a dialogue with fans on Twitter. 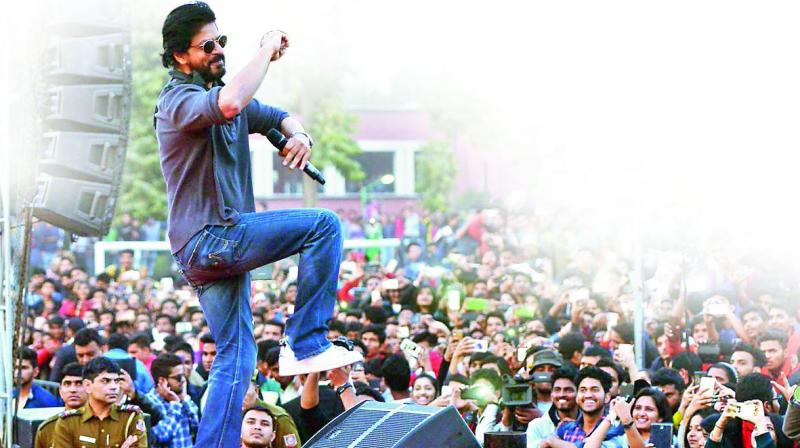 If anyone can challenge Shah Rukh in the matter of tweeting, it is Amitabh Bachchan who vigorously explores the medium and shares personal life, movies to funny videos and jokes with his fans. If you talk about other celebrities, after Shah Rukh, most followers are Amitabh Bachchan and Salman Khan.

While 38.8 million people are following Amitabh, Salman is followed by 38.30 people on Twitter. At the same time, Akshay Kumar has 32.3 million followers, while Hrithik Roshan has 26.5 million followers.