Recently another picture of Karthik Aryan and Kiara Advani was revealed.

Actor Karthik Aryan is all set to play Akshay Kumar in Bhool Bhulaiya-2. The film by Anees Bazmee has been in the news since the beginning. The teaser poster of the film has been released. Today on Wednesday, actor Karthik Aryan has posted a photo of himself and actress Kiara Advani on his Insta account. It has both clasp boards on which the film’s name is written. That is, the shooting of the film has started.

Karthik is seen in a blue hoodie and Kiara traditional dress in this post. Both are seen smiling. In its caption, Karthik Aryan has written, Inauguration, Bhul Bhulaiya-2. Recently another picture of Karthik Aryan and Kiara Advani was revealed. It featured both actors along with director Anees Bazmee. On the workfront, Karthik’s “Pati, Patni aur Woh” and “Aajkal” are in the queue. 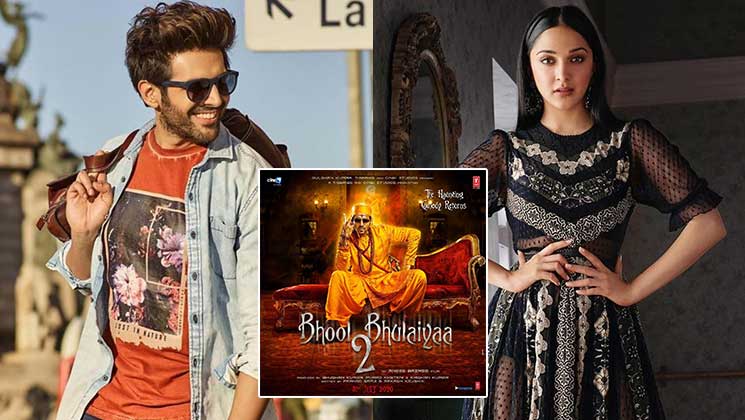 The shooting of Pati, patni aur woh has just been completed. On the other hand, Kiara Advani is working in Lakshmi Bomb, Sher Shah and Good News. Director Anees Bazmee has completed shooting for the multistarrer film Pagalpanti. The film stars John Abraham, Arshad Warsi, Anil Kapoor, Ileana D’Cruz and Pulkit Samrat. The film is releasing on November 8.

Bhool Bhulaiya-2 is a sequel to the 2007 film Bhul Bhulaiyaa. The first film had Akshay Kumar, Vidya Balan, Ameesha Patel, Shiney Ahuja and Rajpal Yadav in the lead roles. Akshay Kumar played the role of a psychiatrist. The film was a huge success at the Bosch office. So fans are eagerly waiting for Bhulaiya-2.