Railways News Guidelines: Ticket check will be Done Before Boarding the Train

Along with lobors Special Train and Special Rajdhani Express, two hundred other trains will start running from Monday. 36 trains will leave and end from five railway stations located in the capital.

Along with labours Special Train and Special Rajdhani Express, two hundred other trains will start running from Monday.  36 trains will leave and end from five railway stations located in the capital.  Finalization of physical distance and preparation for safe travel is being finalized at New Delhi, Old Delhi, Hazrat Nizamuddin, Anand Vihar Terminal and Sarai Rohilla Railway Station.  Passengers must travel according to the prescribed guide line.  Porters will also be available at railway stations and waiting rooms will also be open.  Travelers can no longer sit anywhere on the waiting room or platform as before.  They will now have to sit at the designated place.  Also, only valid ticket holders will be allowed to enter the station.  In this way, the ticket will be tested before arriving at the platform.

Only passengers with confirmed and RAC tickets will be allowed to visit the station premises.  Passengers must arrive 90 minutes before the train’s departure time.  The passenger’s thermal screening and ticket will be checked before going to the platform.  Only healthy people will be able to travel.  Traveling will be barred if found unwell, despite having a confirmed ticket. 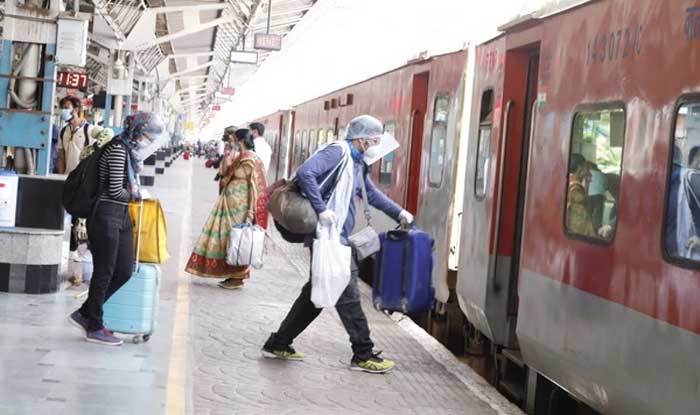 In this case the full fare will be refunded.  All travelers have been advised to download the Aarogya Setu in their phones.  There will be no sale of platform tickets.  No one else will be allowed to accompany the passenger on the platform.  Immediate reservation counters will be open.  Unreserved tickets will not be issued.

A reserved ticket will also have to be taken to sit in the general coach.  The first chart will be prepared four hours before the train leaves.  The second chart will be made two hours earlier.  Even after the first chart is made, booking of vacant seats will be online.  It will be mandatory for the passenger to apply a face mask on the journey from the station to the train.  Physical distance also has to be followed.  Curtains will not be installed in air-conditioned coaches, nor will passengers be provided with bed sheets, pillows and towels.  Travelers have been advised to carry food and water along with them while traveling.  Indian Railway Catering and Tourism Corporation (IRCTC) will make available food and drinking water packaged in some trains on payment basis.  After arriving at the destination, the passengers will have to follow the health protocol created by the state government or union territory. If there is more than one passenger ticket on any one PNR number and one ticket is confirmed, then all people will be allowed to travel.