Punjab CM Capt Amarinder Singh and PM Modi met today. The CM of Punjab urged the Center to cancel the Indus water system of the 3 eastern rivers of the state as a National project, so that water conservation and Economic growth of the region can be increased.

In his proposal presented to Prime Minister Narendra Modi during a meeting here, the Chief Minister suggested construction of high-speed economic corridors on 985 km long river embankments, apart from river training works, flood protection measures and lining of internal side-slopes of the Sutlej, Ravi and Beas. Capt Amarinder said, would help the state enhance its ‘jal shakti’ (water power) to encourage diversification of agriculture, promote quality urbanisation and colonization, and to speed up industrialization for better and quicker economic emancipation of our citizens. 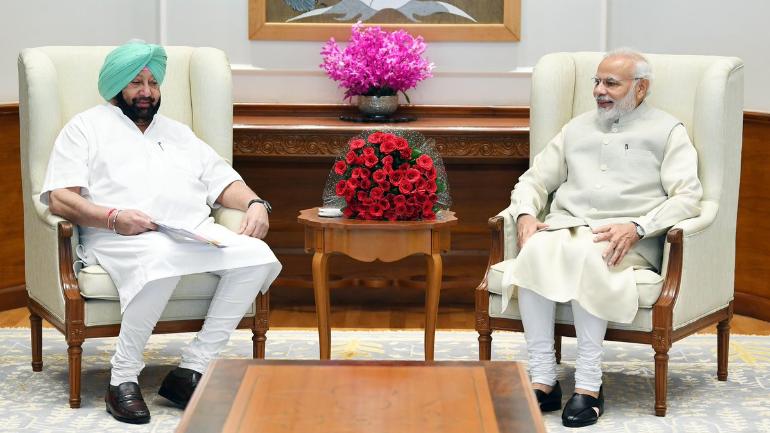 The Chief Minister assured that the state would extend its full cooperation to get the proposal realized in terms of sending a team of officers from the Punjab Government to engage and discuss the same with the officials of the Union Ministry of Jal Shakti.

Captain Amarinder also underlined the need to harness the river water which was currently flowing into Pakistan during the monsoons. Pointing out that the three rivers as of now have kutcha (earthen) embankments, measuring 945.24 km; (Sutlej 484.12 km, Ravi 245.28 km and Beas 215.84 km), covering almost over 60 per cent of state’s area, he observed that the 1 / 3rd of the state’s population living in the riverfront areas was also suffering due to the flooding that occurs during the monsoon period.

Like Sonu Sood, Swara Bhaskar is not only Helping Labourers, also Distributes Shoes and Slippers

Like Sonu Sood, Swara Bhaskar is not only Helping Labourers, also Distributes Shoes and Slippers