The event was organized by the state spirituality department and saints from across the state led by Narmada Mandakini trust.

Digvijaya Singh, former Madhya Pradesh Chief Minister and senior Congress leader, triggered a controversy on Tuesday with a remark that “people are wearing saffron and committing rapes”. The BJP has hit out at the Congress government in Madhya Pradesh, questioning if this was an attempt to defame seers.

“A person after parting ways with his family becomes a sadhu and turns to spirituality. Today, people wearing saffron clothes are selling churan, people are wearing saffron clothes and committing rapes, rapes are happening inside temples, is this our religion? Those who have defamed our Sanatan Dharma, not even god will forgive them, “Digvijaya Singh said in Hindi while addressing a conclave of Hindu seers in Bhopal, where Chief Minister Kamal Nath was also present on stage. 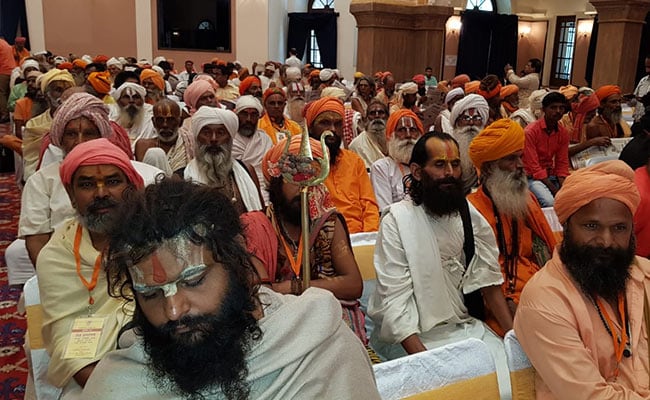 He added saying “Efforts are on in the country to capture mutts and temples, convert them into centers of politics. We have to fight it. I appeal to the seers of the Sanatan Dharma not to be used politically,”

The event was organized by the state spirituality department and saints from across the state led by Narmada Mandakini trust.

Meanwhile, the BJP had hit out at Congress on Monday, terming the event as fraud. “It is a fraud program. The kind of saints who are participating in the event makes it clear that it is a fake event with fake saints. It is just like the events organized by Digvijaya Singh under the leadership of Computer Baba,” BJP’s state unit spokesperson Rahul Kothari said.

A few days before his statement, former Union Minister of State for Home and BJP leader Swami Chinmayanand was accused of rape by a student of law. The student recorded her statement in the court on Monday in this case.

After the controversy erupted over the Congress leader’s statement, he tweeted, “Hindu saints are a symbol of our eternal faith. That is why they are expected to conduct the highest. If anyone misbehaves as a saint, then a voice should be raised against him. We also have the responsibility to protect Sanatan Dharma, which I follow myself.