Muslim Dalits and Even Hindus Have Became Victim to Events Created by the Country’s Mob: Owaisi

Reacting to Bhagwat's statement, Owaisi said that Muslim Dalits and even Hindus have fallen prey to the events created by the country's mobilization.

AIMIM President Asaduddin Owaisi on Tuesday surrounded Rashtriya Swayamsevak Sangh (RSS) chief Mohan Bhagwat for his statement on Tuesday. Bhagwat had said in a statement that lynching originated in western countries and should not be used to discredit India.

While addressing the Vijayadashami ceremony of Rashtriya Swayamsevak Sangh at Reshimbagh Maidan in Nagpur, Bhagwat had said that lynching originated in western countries. It should not be imposed on India. This is a conspiracy to discredit India. Despite so many variations in leaving India, people live together peacefully. He said that the word ‘lynching’ did not originate from Indian ethos, but came from a different religious text. 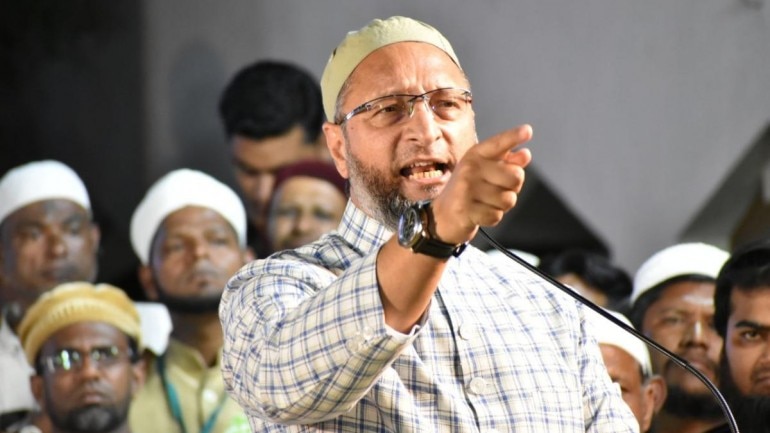 Reacting to Bhagwat’s statement, Owaisi said that Muslims, Dalits and even Hindus have fallen victim to the events created by the country’s mobocracy. He asked, ‘Are these incidents not mob lynchings’. Apart from this, Hyderabad MP Owaisi called the criminals of mob lynching inspired by Nathuram Godse, the murderer of Mahatma Gandhi.

He also referred to the 1984 anti-Sikh riots in New Delhi after the assassination of the then Prime Minister Indira Gandhi. He said that whenever there were incidents of mob lynching. Owaisi was speaking at an election rally in support of AIMIM candidate Iqbal Pasha at the Kalyanrao Ghugre Stadium in central Maharashtra here.

Owaisi also retaliated on Bhagwat’s statement of ‘India is a Hindu nation’. He said that Bhagwat has no faith in Indian democracy and the ideals of BR Ambedkar, the main constitution maker who spoke of equality and justice. He surrounded the BJP on problems like farmer suicides, unemployment and price rise in the country. Apart from this, he also attacked the Congress and described the party as a ‘sinking ship’, whose captain (Rahul Gandhi) has left it.