In terms of economical operation, it is well known that the Russian aircraft are at least 20 % cheaper than similar models produced by other plane-manufacturers.

“In terms of economic operations, it is well known that the Russian aircraft are at least 20 % cheaper than similar models produced by other plane-manufacturers,” JSC Russian Aircraft Corporation ‘MiG’ director general Ilya Tarasenko told at the 12th edition of Aero India Show. 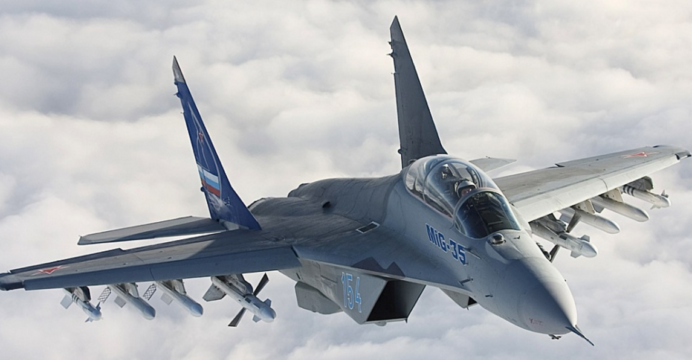 He further said his corporation does not have any contestant in this sphere as Mig 35 is the most up-to-date aircraft in the world.

“Technically too, the Russian company is far ahead of its competitors,” he said.

Tarasenko said the aircraft can also be upgraded while operational and would be done based on the demand obligation of the customer for the entire life-cycle of the aircraft. “This aircraft has at least a 40-year life-cycle,” he said.

Tarasenko further said the Mig-35 project would be fully localized based on tender requirements.

He said if the company wins the tender for Mig-35; it would start manufacturing the aircraft in India. “We have already done a lot of work in India since 1963. We are ready to increase our association with the Indian industry and we are fully ready,” he added.

The appearance of the MiG-35 aircraft to India’s Defence Minister Nirmala Sitharaman was held Wednesday on the sideline of the Aero India show.

Also in the race for 110 aircraft for the Indian Air Force is the Rafale fighter jet for which the management had floated an RFI (Request for Information) last year.

The RFI or original tender for the deal was issued by IAF on April 6, 2018, the first mega procurement proposal for fighter jets.