Jaitley Had Spent 19 Months in Jail During the Emergency

Arun Jaitley was one of the prominent leaders of the anti-corruption movement run by Raj Narayan and JP. JP appointed him as the convenor of the National Student and Youth Organization Committee

Former Union Minister Arun Jaitley was considered as the fastest leader in the BJP party and Modi government. Whenever there was a crisis on the party or government, they had an important role in resolving it. He was credited with specific eloquence skills and speaking after extensive research in a subject. It is also believed that in 2013, Narendra Modi was announced as the candidate for the post of BJP PM, in which Arun Jaitley played a key role. 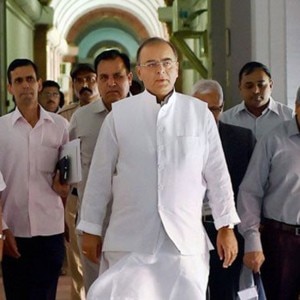 Shortly after the formation of the Modi government in 2014, the Ministry of Defense was also temporarily assigned. He was the Finance Minister from 2014 to 2019. At the same time, he was given the rank of cabinet minister in the Atal Bihari Vajpayee government, when he was given the charge of the Ministry of Industry and Commerce and Law. Arun Jaitley has participated in many movements since the Time of student politics. Let’s take a look at his political life.

Arun Jaitley studied at St. Xavier’s School, New Delhi from 1957-69. After this, he did his graduation from Shriram College of Commerce and got a law degree in 1977 from Delhi University. During his studies, Jaitley received many accolades for his outstanding performance in academic and extra-curricular activities. He became the President of DU Student Union in 1974 while studying at DU. Jaitley has also served as a senior advocate in the Supreme Court.

Arun Jaitley joined the Akhil Bharatiya Vidyarthi Parishad (ABVP) while studying at Delhi University Campus and became the Students’ Union President in 1974. During the Emergency (1975–1977), Jaitley also had to spend 19 months in jail under MISA. He was also one of the prominent leaders in the anti-corruption mass movement run by Raj Narayan and Jayaprakash Narayan. Jayaprakash Narayan appointed him as the convenor of the National Students and Youth Organization Committee. He was also active in the civil rights movement and started the People’s Union of Civil Liberties Bulletin with Satish Jha and Smita Kothari. He joined the Jana Sangh after his release from prison.