Indian cricketer Hardik Pandya has been sharing his happiness with his fans equally. This time after the engagement, he shared a picture of Holi's fun with his girlfriend. 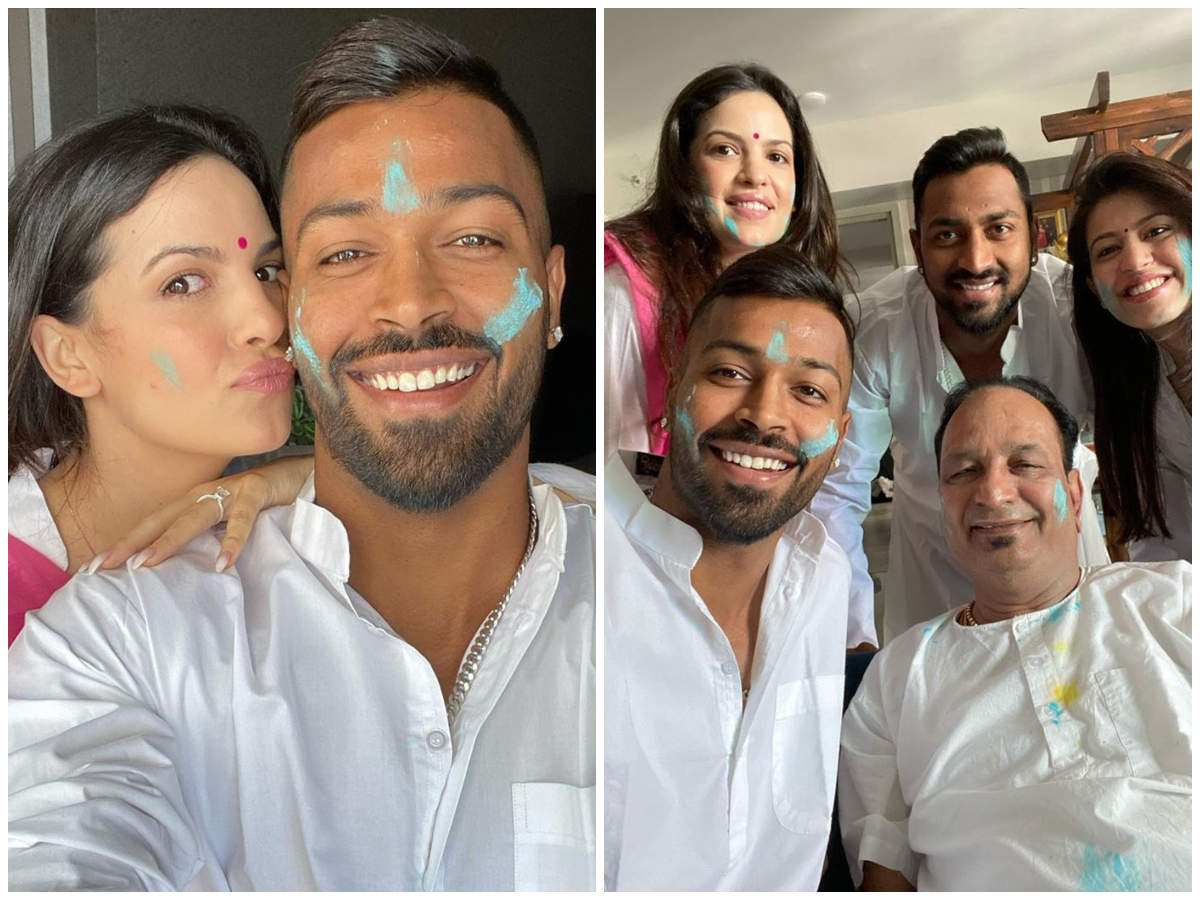 The Indian player has wished Holi on behalf of the Pandya family to his fans with a picture on Instagram. In the picture, Pandya’s brother Krunal is also seen with his wife. On the very first day of the year, Hardik Pandya surprised people by getting engaged with Natasha Stankovic. Natasha is a model, dancer and is also a Bollywood actress. Natasha has also been a contestant of Bigg Boss 8.

After the engagement, both of them started receiving congratulatory messages from all over the world on the start of new life. Even the Pandya family gave a warm welcome to Natasha. After the engagement, Pandya’s elder brother Krunal shared a picture on social media. Krunal wrote, ‘Many congratulations to Hardik and Natasha. Natasha, we are very happy that you joined our crazy family.