Government Should Provide Financial Support in Modernizing the Fire Departments

The municipal corporations and local bodies are responsible for providing fire services in many states.

At least 43 people were killed in a massive fire that broke out at a factory in North Delhi’s Sadar Bazaar on Sunday morning, news agency reported citing the Delhi Police. It said that 50 others have been rescued so far. The Anaj Mandi is on the Rani Jhansi Road in the national capital. The incident took place around 5 AM. Fire officials said that they rushed to the sire as soon as they learned about the incident. A call about the fire was received at 5:22 AM following which 30 fire tenders were rushed to the spot. Many people trapped inside were rescued and rushed to RML Hospital and Hindu Rao Hospital.  Atul Garg, Chief Fire Officer, said that more than 50 people have been rescued and majority of them were affected due to smoke.

Power distribution company BYPL claimed that the fire at a factory in Anaj Mandi here appeared to have started in some “internal system” of the building. A team of BSES Yamuna Power Limited (BYPL) rushed to the spot after getting information of fire and immediately discontinued the electricity supply, according to a discom spokesman. “It appears that the fire started in the internal system of the building,” he said.

The paper factory, where the fire broke out, did not have a no-objection certificate and was an old building in a congested area. Delhi Police DCP North Monika Bhardwaj said Rehan, the owner of the building against whom a case has been registered under section 304 IPC, is currently absconding.

A slew of fire accidents occurred in less than a month damaging human lives, properties and goods. The fire that broke out in a factory in Delhi. Initial findings suggest that storing inflammable materials, blocking exit passages, overhanging electrical wirings are some of the causes. These incidents should be treated as a wake up call.

The municipal corporations and local bodies are responsible for providing fire services in many states. Due to lack of resources, fire services are ill equipped in providing adequate fire safety cover to the population. 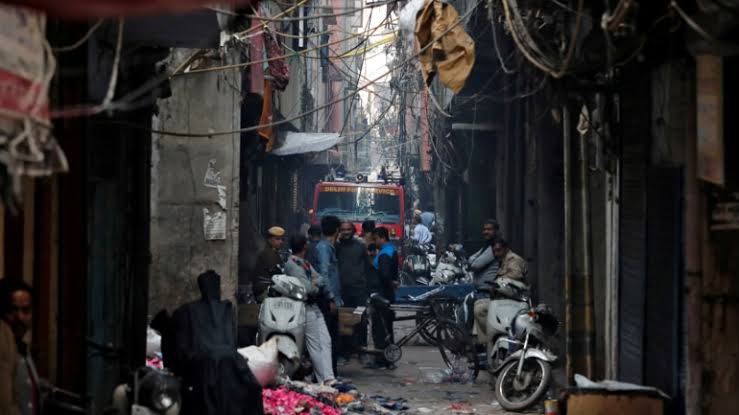 There is a huge deficiency of fire fighting infrastructure. Thus, the government should continue to provide financial support and assistance in augmenting and modernising the fire departments.

Building awareness among citizens about fire prevention and protection measures is also of paramount importance. Organising fire fighting workshop once in six months in localities/mohallas/schools with the involvement of local councellor/elected representatives is one way to achieve the aforementioned.

There are many offices/high rise buildings/mandir and religious places having fire fighting equipments installed but hardly any person has the knowledge of using them. Lack of maintenance makes the equipments dysfunctional.The schools where mid-day meals are cooked are potential fire hazards. Fire service departments should visit above mentioned installations periodically (once in six months) and take appropriate actions against erring establishments.

Now get a Loan of 10 Thousand without an Identity Card

Now get a Loan of 10 Thousand without an Identity Card