Congress leader DK Shiv Kumar was admitted to the private hospital on Monday night after complaining of sudden chest pain.

The sudden health of Congress leader DK Shiv Kumar worsened. On Monday night, he was admitted to a private hospital after complaining of sudden chest pain. Earlier on 7 November, he visited several temples in Mysore. Earlier also, on 1 November, he was admitted to the hospital due to blood pressure and sugar problems. Please tell that on 23 October 2019, he was released on bail from Tihar Jail. 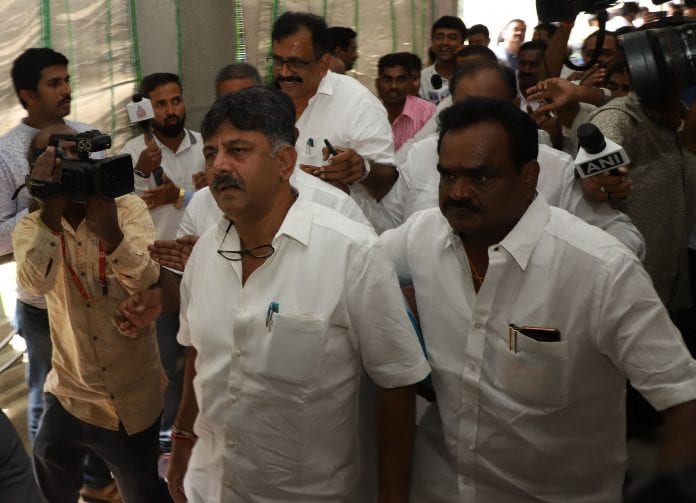 He is going through an investigation process in the matter of money laundering. During the bail, he was also strongly welcomed by his supporters at the Bengaluru airport. DK Shivkumar, who is considered a troubleshooter of the Karnataka Congress, is accused of transacting and tax evasion. He was arrested by the Enforcement Directorate (ED) on September 3. He remained in judicial custody till 25 October. He is credited with forming the previous government in Karnataka with the alliance of Congress and JDS. On October 23, Congress interim president Sonia Gandhi went to Tihar Jail to meet DK Shivakumar.