State Chief Electoral Officer Vinay Kumar Choubey said that so far 20 cases of code of conduct violation have been registered.

Since the Model Code of Conduct came into effect in Jharkhand till November 10, liquor, drugs, gifts and cash including one crore 41 lakh one thousand 400 rupees have been recovered in the state. These include Rs 59 lakh 79 thousand 435 cash, 41840 liter liquor worth Rs 46 lakh six thousand 111 and 9235 kg mahua. Similarly, 68.19 kg Ganja, 9.22 kg opium and 356 kg Doda worth Rs 17 lakh 96 thousand 880 have been seized. Apart from this, gifts worth Rs 17 lakh 18 thousand 975 have also been received by various government agencies from various places. 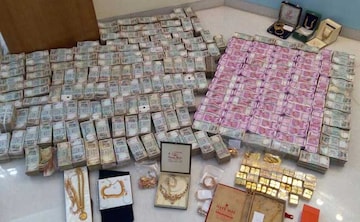 State Chief Electoral Officer Vinay Kumar Choubey gave detailed information about the material recovered from agencies like Police, Income Tax Officers, Excise Department etc. on Sunday. He said that similarly 20 cases of model code of conduct violation have been registered so far. Of these, maximum eight were reported in East Singhbhum, three in Palamu, two each in Dhanbad, Garhwa and Ranchi, while one each was registered in Giridih, Bokaro and Seraikela-Kharsawan.

Apart from this, 383 complaints of violation of code of conduct have been received from C Vigilles. All but one of these complaints have been executed. The Commission is making every effort and action to conduct a fair election. Districts have been instructed to take special vigilance.